What is Adrenal Fatigue?

Posted by Nicole on May 19

If you are researching adrenal fatigue, there is a pretty good chance that you have already gone to see a doctor to report that you have been feeling exhausted and run-down.

Maybe the exhaustion is so severe that you can barely function, or maybe it has simply gone on for much longer than you would normally expect. Either way, it is significantly degrading your quality of life. 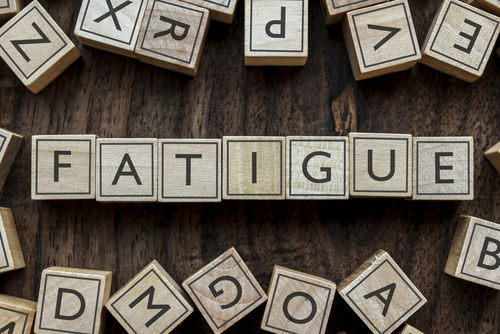 What is Adrenal Fatigue?

Adrenal fatigue is not the formal name of any medical condition. It is a colloquial reference for physical and psychological symptoms of unexplained fatigue believed to be tied to overtaxed adrenal glands.

As the theory goes, chronic stress of any nature could feasibly deplete your adrenal glands of cortisol. If this goes on for long enough, it could hypothetically lead to symptoms such as:

In order to make the symptoms abate, one would need to combat chronic stress and restore adrenal health.

As of right now, research does not seem to support the theory of adrenal fatigue. Indeed, you may have already heard this from your doctor.

It is also worth mentioning that there is a great deal that doctors do not understand about hormones at this point in time.

What Can You Do If You Do Feel Like You Have Adrenal Fatigue?

First of all, if you do not have a doctor who is taking your concerns seriously, you might consider looking for a provider who is at least willing to help you investigate the problem.

Next, you and your doctor can work together to see if you can identify the root cause of your symptoms. Some possible culprits include anemia, fibromyalgia, depression, anxiety, autoimmune disorders and sleep apnea. There are many more possibilities besides those.

If your doctor does diagnose you with any of these conditions, with treatment, there's a good chance that your "adrenal fatigue" symptoms will decrease.

What if your doctor is still unable to diagnose you with anything? In that case, you can continue to research on your own, and there are a couple other steps you can take as well.

To start with, if you are experiencing chronic stress, it is possible that your stress levels could be at least in part responsible for your symptoms, even if it is not via the proposed "adrenal fatigue" pathway. If possible, try to tackle those stressors which put you in this situation directly.

One other thing you can try is taking a healthy supplement for cortisol support which contains ingredients such as magnesium, magnolia bark extract, ashwagandha root extract, and phosphatidylserine. Researchers have found that these ingredients have benefits for cortisol response as well as mood. Try our Cortisol Health supplement now. Hopefully you will be waking up feeling more energized and vibrant again soon.