Posted by Nicole on August 10

We all look forward to partying. But many of us dread the morning after! If you don’t want to wake up with a pounding headache, a gnawing thirst, and the urge to lean over the toilet, these tips for preventing hangovers are what you need. 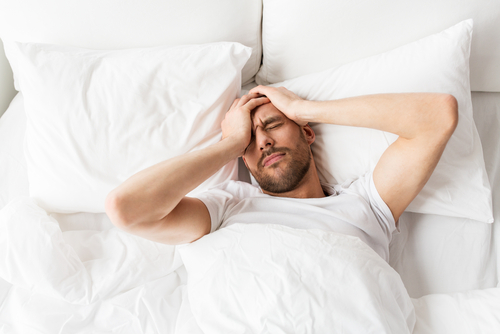 Have you ever notice that certain drinks—among them, tequilas, whiskies and cognacs—seem to lead to worse hangovers than others?

This isn’t your imagination. These drinks really are more likely to cause severe hangovers than some other options such as vodka.

The reason has to do with the concentration of congeners, which varies from one type of alcoholic beverage to another.

There is research supporting the link between these chemicals and hangovers.

So if you want to avoid hangovers, consider passing on the tequila or on other drinks which contain congeners in high concentrations.

Instead, favour gin, rum, and vodka. These drinks contain lower concentrations, and are less likely to cause rough hangovers than their high-congener counterparts.

Many of the unpleasant symptoms that you experience during a hangover are actually the results of dehydration. Drinking lots of alcohol can send you running to the bathroom to urinate a lot, which is why you get dehydrated.

When you're drunk, it can be difficult to remember that this is an issue, but try to make a habit out of drinking plenty of water while you are consuming alcohol. Think about drinking more right before bedtime as well.

3. Eat a fatty meal before drinking and eat again the next morning.

Have you ever heard that eating a bowl of mashed potatoes before you go out drinking might spare you from a hangover?

According to the Daily Mail, there may be some truth to that. The site quotes gastroenterologist Dr. Nick Read as explaining, “It’s not about lining your stomach as such — but if you put fat in your stomach before a drink, once it gets into the duodenum [the first part of the small intestine] it will slow down gastric emptying, so that drink will not be emptied so quickly from the stomach. This means you’ll get drunk less quickly, which could mean a milder hangover.”

So that actually means that the butter on your mashed potatoes is what reduces your chances of getting a hangover, rather than the potatoes themselves, as it is the butter which is high in fat.

The morning after you drink, plan to eat again, even if you don’t feel up to it. You’ll want to do this to stabilize your blood sugar to prevent or reduce other unwanted symptoms.

If possible, plan to get a full night of sleep, even if that means that you are not the last person to leave the party. Symptoms of sleep deprivation can make the symptoms of a hangover worse.

One more thing you can do to prevent a hangover or get rid of one faster is to take a supplement which helps replenish your lost electrolytes and support the function of your liver.

Some ingredients which can assist with this while also curbing hangover symptoms include prickly pear extract, milk thistle, B vitamins, minerals such as potassium and magnesium, and the antioxidant N-Acetyl-L-Cysteine.

With the Right Steps Before and After Drinking, You Can Prevent Hangovers

While there is no sure-fire way to guarantee that you will not get a hangover after drinking, you do not need to leave things entirely up to chance.

By staying hydrated, taking a supplement for hangovers, eating a fatty meal, getting plenty of rest, and selecting alcoholic beverages low in congeners, you can reduce your chances of developing a hangover or the severity of the hangovers you do get.