Cortisol and Your Circadian Rhythm

Posted by Nicole on December 2

When you think about cortisol, you probably think about stress. But did you know that cortisol does a lot of other important things for you, including playing a regulatory role in your cycles of sleep and waking?

In this post, we are going to explain what cortisol does over the course of a 24-hour period, and why it matters. We will also give you some simple tips for how you can improve your own cortisol levels and circadian rhythms. 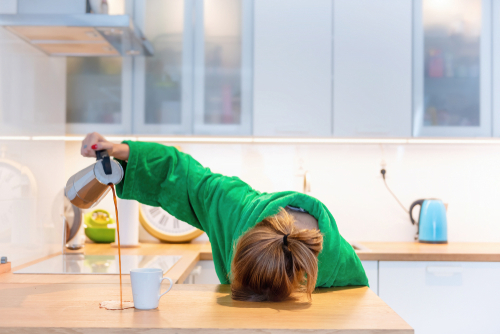 What are Ideal Cortisol Levels Throughout the Day and Night?

For most people, cortisol levels spike in the morning, and drop at night.

This study reports, “In 33 normal individuals who had 20-minute cortisol profiling over 24 h we have shown that cortisol levels reach lowest levels at around midnight, levels start to rise at around 02:00 to 03:00 and reach a peak at around 08:30. Cortisol levels then slowly decrease back to the nadir to complete the cycle over 24 h. The peak cortisol level attained was approximately 399 nmol/l, whilst the nadir cortisol was <50 nmol/l.”

There are some individuals who experience different cortisol cycles across day and night. We will get into that a bit later in the post.

Why is High Cortisol Important in the Morning?

Let’s take a look at the significance of having low cortisol at night and high cortisol in the morning.

The reason cortisol typically peaks in the morning appears to be because it helps you wake up. In fact, there is even a name for this process: the cortisol awakening response (CAR).

The jump in blood cortisol from the CAR is quite pronounced. It can range around 38-75%. In general, the earlier you wake up, the more dramatic the response will be. Exposure to light can increase the response, while remaining in the dark can dampen it.

There is still a lot that researchers are working to understand about the CAR, but some believe that “the cortisol rise after awakening may accompany an activation of prospective memory representations at awakening enabling individual's orientation about the self in time and space as well as anticipation of demands of the upcoming day.”

To put it another way, when cortisol spikes in the morning, it helps you get ready to handle your day.

If you are an “early bird” who functions well in the morning, you probably have a strong CAR.

If you don’t have this jump in morning cortisol levels, you may find yourself feeling fatigued in the morning and struggling to “wake up” completely. 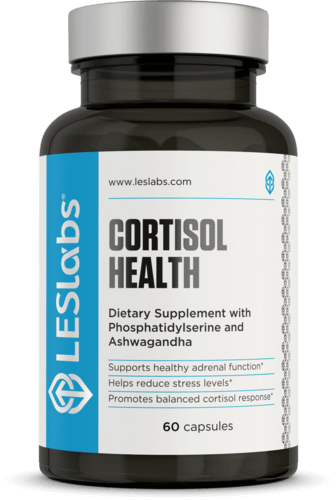 Why is Low Cortisol Important at Night?

Given that you want your cortisol to rise in the morning when you wake up, it follows that you would want levels to be lower at night as you are preparing to sleep. Not only is this intuitive, but it is also correct.

Indeed, some research shows an association between insomnia and elevated nighttime cortisol levels.

So, if you have issues with an overactive HPA axis and high cortisol at night, you could hypothetically have a hard time sleeping.

But being as sleep disorders themselves may play into this dysfunction, it can go the other way around as well (or even turn into a vicious cycle in some cases).

What Can Disrupt Cortisol and Circadian Rhythms?

We have touched on some facets of this topic before in this post, where we discussed a study on autistic children.

Basically, some autistic individuals seem to have inverted cortisol patterns. Instead of their levels spiking in the morning, they are higher at night. In the mornings, the levels are suppressed.

This isn’t very well understood or even established at this point (there are some studies that do not show inverted patterns), but it does suggest that a person’s neurotype might affect their cortisol and circadian rhythms (whether directly or indirectly).

Here are some other factors that might lead to disruptions in cortisol levels throughout the day:

What Can You Do About It?

You might never be able to have full control over how cortisol behaves throughout the day, but there are some simple steps you can take to try and regulate your circadian rhythms and hormones.

You can probably guess what we’re going to say here. Eat healthy, exercise, go to sleep and wake up at consistent times if possible, and try and get rid of stressors. Do activities that help you relax, combat burnout, and enhance your overall physical and mental wellbeing. Treat any underlying health conditions that could be holding you back from getting restorative sleep and waking up refreshed.

All of these things may sound pretty basic, but they really can make a difference. Keep exploring our posts to learn more about how to maintain a healthy stress response, get better sleep, and feel your best during the day.