Brown or White, Which Liquor is Right?

Posted by John on January 31

Brown or White, Which Liquor is Right? 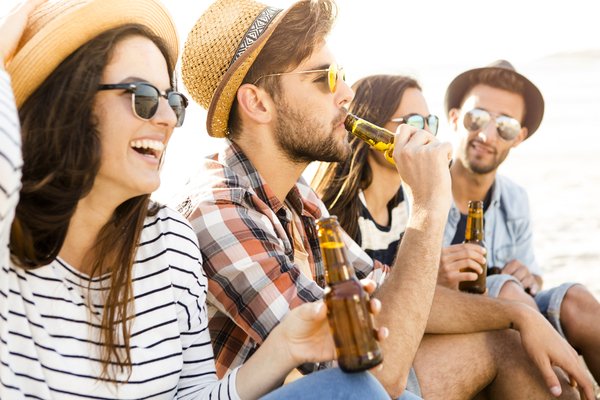 There's a lot of “common knowledge” about alcoholic drinks that can increase or reduce your chances of being hungover after a night on the town. Some of that advice has survived the test of time simply due to their rhyming qualities, such as “beer before liquor, never been sicker.” Others may seem to make sense just due to the values that we associate with food and drink, such as whether or not brown liquor is actually worse for you in the morning. What may surprise you is that there are some common pieces of advice that actually hold up when examined closely.

One of the most debated topics in the field of amateur hangover research is the question of whether brown liquors can actually give you a hangover, while clear liquors make that much less likely. The truth is that there is something to be said for the idea that a clear liquor may be the better option. Here's why:

Darker liquors contain “congeners,” a substance which is made during the fermentation process. They contain several chemicals, which include acetone, a chemical which your body doesn't particularly enjoy. Drinks like whiskey, rum, and some wines can contain much higher amounts of congeners. How much, exactly? On average, whiskey can contain several times the amount of congeners as the same amount of vodka. The only exception to low congeners in clear liquors is tequila.

Liquors that are high in congeners include:

Liquors that are low in congeners include:

Nutritional supplements such as cysteine and milk thistle can help tremendously to avoid the dreaded hangover and provide the liver with what it needs to process the alcohol.

Another way to avoid drinks that are high in congeners is to drink top shelf liquor. You may have heard some discussion amongst friends that higher quality stuff can reduce your chances of feeling like a warmed over mess the next day, but there's some truth to the fact, and it lies in the process of filtration. When drinks are filtered more, and more often, there's a higher chance that the filtration will remove congeners from the drink itself. That's why the highest quality vodkas often have less flavor than their lower quality competitors.

If you want to avoid the hangover, then, the best options are to:

Be sure to drink plenty of water during your night out as well. Finally, if you want to strategize down to the last detail, order cocktails that are shaken instead of stirred; during the shaking process, tiny particles of ice are broken and mixed in with the drink, adding more water content overall. It's no replacement for a glass of H2O, but it's a start.

WANT 25% OFF YOUR FIRST ORDER?

Unlock a 25% off coupon for our best-selling hangover & liver support supplement.  You'll love it, we promise!